Don't mess with the Tories

The smug educated lower classes in the Labour Party's creative think tanks prove yet again that breeding is everything. Take for example the rather tedious jibes posted on Labour's feeble effort at "gloves-off" online satire at My David Cameron ... 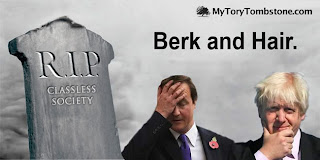 And then compare it with the original Tory take on the same theme.

Which suggests that however smart the creative on-line classes of North London's smug socialist set might imagine they are, when it comes to genuine "class", they still don't have a lot to offer.

Cameron and Johnson are indeed mere amateurs when it comes to robbing the graves of the nation. Tony "Show me the money" Blair and the Auld Fraud  got there a long time ago; not content with more direct and stealth taxes than ever before in any period of government, Labour are still holding on to an inheritance tax structure that has been grossly inflated by Brown's "fairy money" economy, when he positively rejoiced in the consumer boom built on inflated property values. To describe the subsequent financial bust as "a global recession" takes a lot of nerve, but that is possibly the one commodity that these two both have in common, and spades. 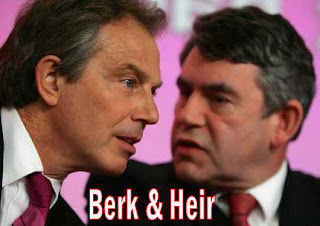 Posted by The Majority Party at 1:43 PM