There is still far too much evidence of ignorance amongst politicians on the matter of broadband, IT and telecoms in general. Blair's admission that he didn't know how to switch on a laptop was considered acceptably jokey at the time. No one is laughing now when our leaders profess such woeful ignorance of the fundamentals for survival in the 21st century.

BT has defended its ancient investment in copper (and aluminium) network to the death and manipulated the government for nigh on 30 years. For various internal political issues, it utterly fudged the obvious opportunity to switch to fibre when we lead the world in the technology in the 80s and 90s.

Despite loudly protesting its innocence, BT has served its own monopoly interests all the way - having delivered a mostly sub-standard service (with institutional attitude) for years. Despite "de-regulation" it carefully waited and then kicked the stool out from under the eager but naive Mercury, which set down a marker to all UK telecom competition that BT was the 600lb gorilla not to be messed with. Don't bother about investing, because we'll spoil your day.

A few cherry picked services emerged to provide point to point services to obvious points of mass connectivity, but aside from an occasional noble disaster - like Ionica's failed microwave home service that failed when the leaves came out - no one has bothered to even try to take on BT in the shires.

But better than "adequate" bandwidth is a fundamental national infrastructure issue - the Queen's Superhighway, if you like.

Copper DSL is a crap shoot with its generally unpredictable performance, compounded by various analogue uncertainties - dependant on exchange routes with a maximum of about 6km before the signal fades out. Fibre is 100% predictable all the way, and could be used from far fewer core exchanges, spaced at 50km - so thousands of exchanges could be shut/redeveloped/sold.

Although the shambles that is Virgin arose form a completely botched cable TV industry, it is the only "in the ground" alternative to BT's copper hegemony. The chances are that Virgin will get the chance to fill in the bits BT has abandoned. Everyone hates BT throughout the entire IT and telecoms industry for its continual abuses of market dominance, it's relentless devious tactics and calamitous lack of vision.

Moreover, once we become a nation dependent on connectivity, then we need to seriously consider how we get not just one but two diverse "fail over" services into each premises. Any business reliant on connectivity knows full well just how disastrous even a minor outage can be - and the same will increasingly apply to consumer installations as government owned banks and post offices progressively shut their doors and tell their customers to use online alternatives. 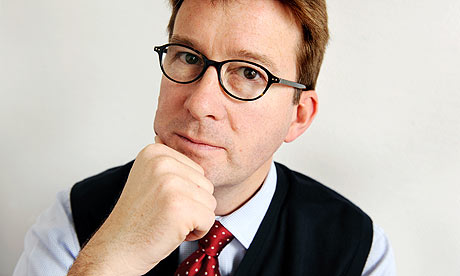 If ever there was a topic that needed a Tsar to crack heads, this is it. Lord Carter has other fish to fry as he attempts squaring the numerous circles of new media and broadcasting, but let's pray he has the bottle to insist this subject is raised up the agenda and taken away from BT's deathly embrace. For once, TMP will (generously) not immediately assume that his willingness to sit in the Lords as a Labour peer disqualifies him from getting any credit for knowing what he is doing.

After all, the exception proves he rule.
Posted by The Majority Party at 11:04 PM